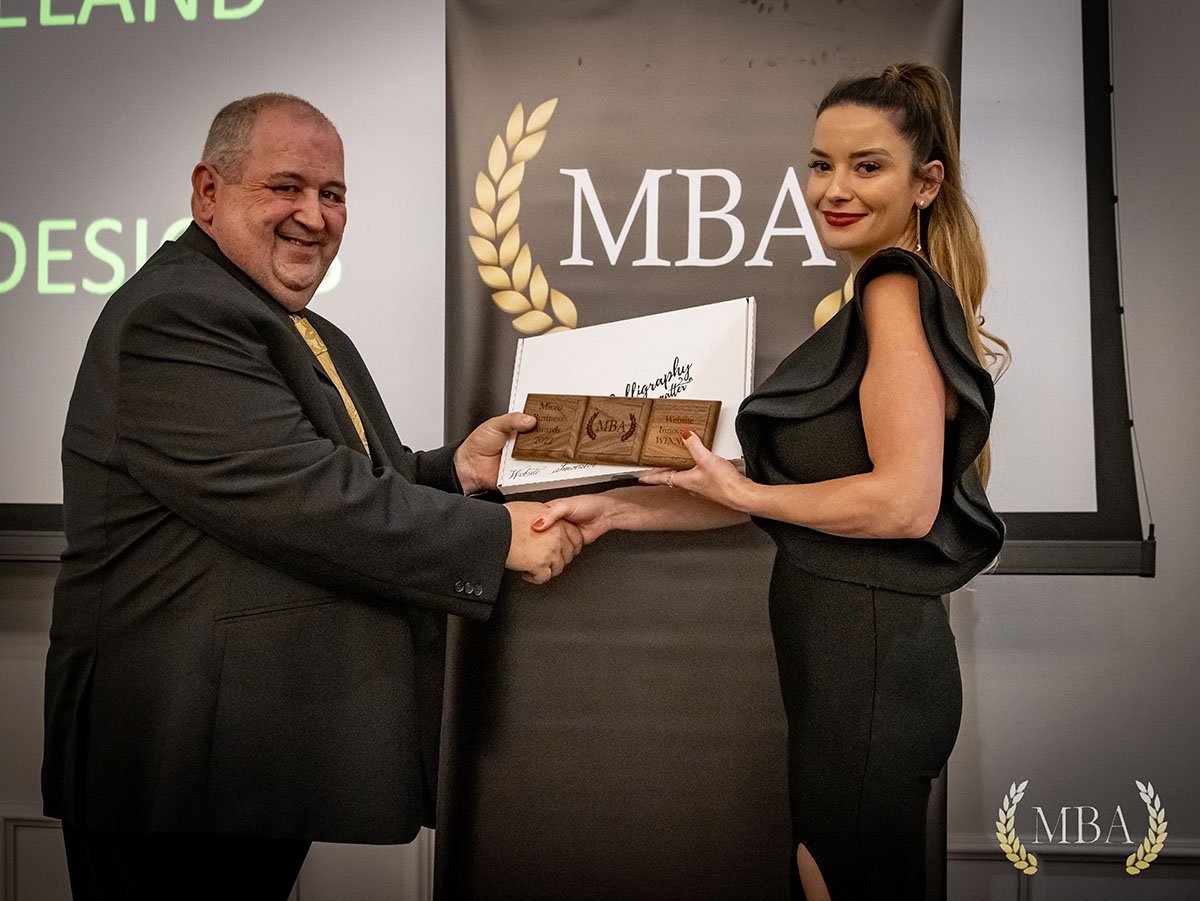 “We’re thrilled to have won this award from the Micro Business Awards, the competition this year was fierce, so it’s an absolute honour to have been chosen,” says Jade, Managing Owner at Ziplines Ireland.

“These awards are fantastic for small businesses in Ireland as they encourage entrepreneurs to celebrate their successes, no matter how small! We won our first ever award at the inaugural awards in 2016 and it really gave us the confidence boost we needed at the time to grow. I’m very grateful to Ruairi, Sheryl and co for the wonderful work they do all year round to advocate for micro businesses and the effort they put into the awards, it’s incredible.”

“As our most decorated business having taken an award every year Ziplines.ie have entered, our judges love your crisp clean website telling us exactly what problems you solve, and the benefits you bring. Your social media is always current and engaging.”

“Next years Awards are on October 21st in Clayton White’s Hotel in Wexford, and nominations will open on Monday 14th November at www.irishmicrobusinessawards.ie.

We look forward to welcoming a new batch of businesses proving that Micro Businesses DO matter, and are the lifeblood of our communities.” The 7th annual Micro Business Awards took place in The Osprey Hotel, Nass, Co Kildare on Saturday the 15th October. The awards are run by Ruairi Devlin and Sheryl Fawcett and is the leading celebration of Ireland’s small businesses.

The aim of the awards is to appreciate the nation’s best sole traders, micro businesses and small companies – as well as the services providers and advisers that support them. Despite the enormous amount of small businesses among private companies, this vital sector does not get the recognition it deserves. Their mission is to honour and recognise Ireland’s small businesses as well as those champions and advocates that support them.

Ziplines Ireland was founded in 2014 by Jade Gavin, a mother of 3 and serial entrepreneur. Jades background is in costume for stage and screen where she worked for over a decade on National and International productions including award winning plays, dramas and feature films before focusing her attention on ziplines.ie – a website she created with the idea of getting children (her own included) out into the fresh air and being more active.

The eCommerce website sells ziplining kits and components ranging from domestic grade to commercial grade for use in back gardens and playgrounds and can be seen in playgrounds and activity centres across the country with two of their kiddy Ziplines in use in Westport House.

Inclusivity is important at Ziplines Ireland, so they also stock inclusive products like Full Support Swing seats that are compatible with the zipline kits and existing swing frames, to ensure that differently abled people can also use the products.

Where the idea came from:

Jade could see from her own children and those around her that tv’s, phones and tablets were becoming a substitute for active play and she wanted to find some way of enticing them outdoors again. Jade tells us “To be honest I wasn’t even looking for a business idea at the time. I was genuinely just looking for things to do outside with the kids that both they and I would enjoy, it just so happened that when I came across Garden zipline kits I loved the idea and when I realised they weren’t available here it was like a lightbulb moment and the rest is history.”

With a degree in Business from AIT, Jade has started multiple companies and partnerships, the latest one being a film production company ‘Whirlwind Entertainement Ltd’ with bases in Galway and Belfast. Their first feature film is due to start pre-production this December.

Ziplines Ireland is giving away one Garden Zipline Kit and Halloween Goodie bags to the best artists of primary school age, to enter check out the details on their instagram page @Ziplines_Ireland 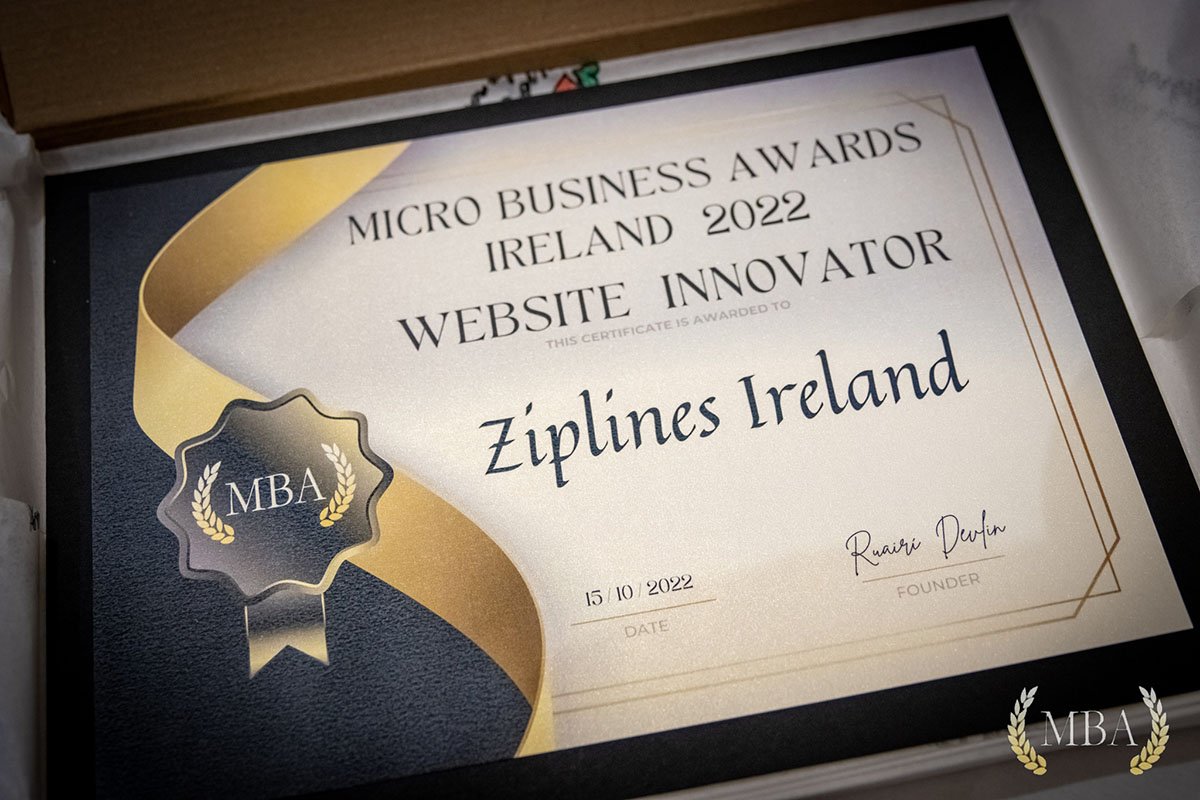 We could be cheaper. We decided to be better. The highest quality zip-lining equipment on the Irish market

We Are Here To Assist You

This website uses cookies to improve your experience while you navigate through the website. Out of these cookies, the cookies that are categorized as necessary are stored on your browser as they are essential for the working of basic functionalities of the website. We also use third-party cookies that help us analyze and understand how you use this website. These cookies will be stored in your browser only with your consent. You also have the option to opt-out of these cookies. But opting out of some of these cookies may have an effect on your browsing experience.
Necessary Always Enabled
Necessary cookies are absolutely essential for the website to function properly. This category only includes cookies that ensures basic functionalities and security features of the website. These cookies do not store any personal information.
Non-necessary
Any cookies that may not be particularly necessary for the website to function and is used specifically to collect user personal data via analytics, ads, other embedded contents are termed as non-necessary cookies. It is mandatory to procure user consent prior to running these cookies on your website.
SAVE & ACCEPT
Your Cart
0